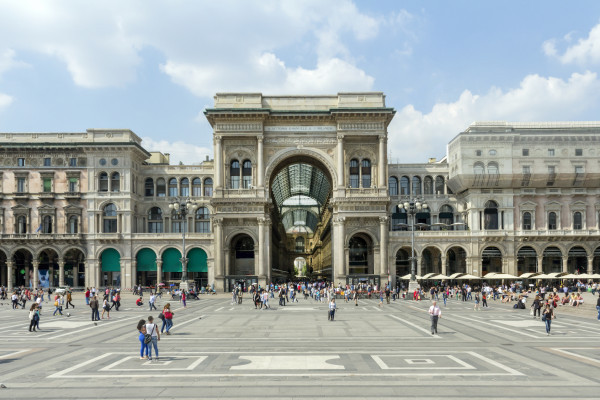 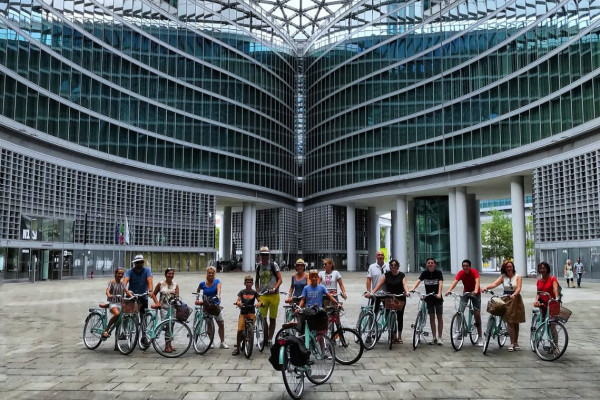 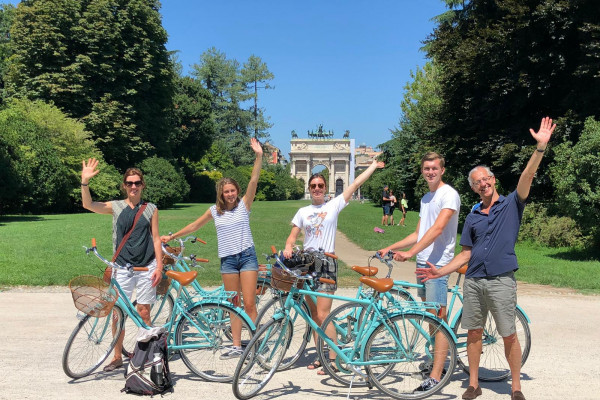 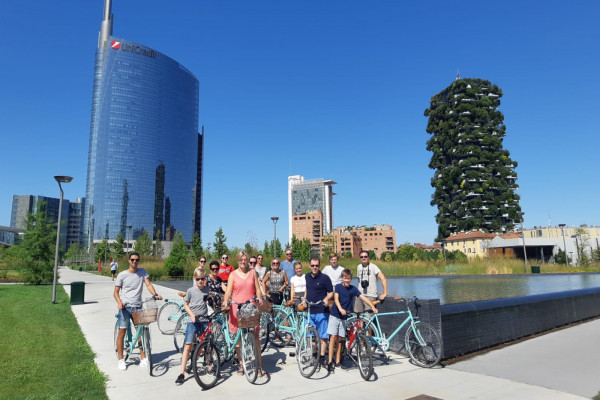 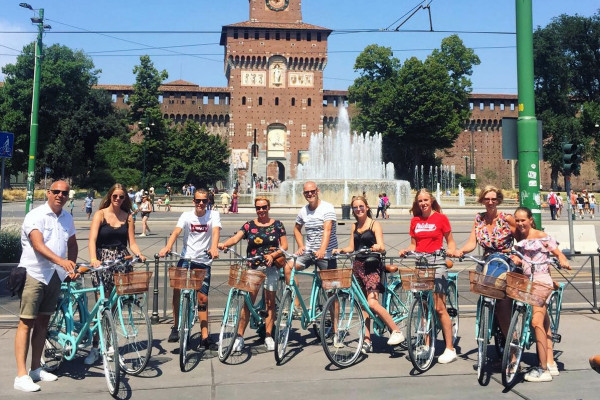 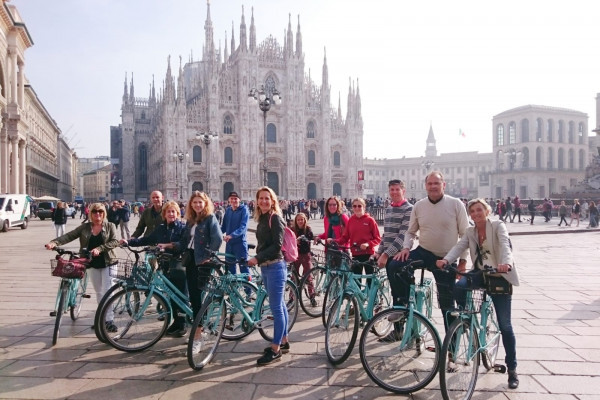 Get the best out of Milan with a bike ride. Our guided bike tour is designed to offer you a well-balanced mix of unmissable touristic attractions and a special selection of local hidden gems. Join us on the very first day of your visit and you will benefit from a complete overview of the city. 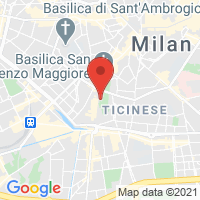 Pedalling through the city with us, you will go on a unique itinerary that reveals Milan at its best.You will experience a fascinating city and will uncover most of its urban myths and legends.

Milan is not only about its Cathedral and the Last Supper of Leonardo da Vinci, our aim is to make you experience much more!

For a flat and not-too-big city like Milan, the bicycle is the most effective and comfortable way of blending in and having a complete overview of the city in just a few hours.

The ride starts from the ancient and bohemian Ticinese district, that owes its name to the eponymous city gate, and from there we saddle up on a classic Dutch-style bike through the must-see areas of the city center.

We will see the astonishing gothic Duomo Cathedral, the understated Royal palace, the chic Vittorio Emanuele Galleryas well as the world-known Opera House “La Scala”. From there we head to Brera, the district of the artists, that hosts the city’s Pinacoteca (Art Gallery) before leaping in time to immerse ourselves in the new rising architectures of the Porta Nuova district. We then make a triumphant entrance at the Sforza Castle, we breath and slow down a bit in the green lung of the city, Simplon park, with its elegant neoclassical Peace Arch.

We get back to the starting point but not before visiting the Roman Ruins of the Imperial era when Milan was capital of a glorious Roman Empire with its Palace, Circus and Amphitheatre.At the end of this journey you will definitely feel as though Milan is a part of you.

4 Reviews
Great outing
It was a perfect intro to a city new to us with a very knowledgable guide. Our two companions who we had not met before were also very pleasant and good company,
by Stephen Thompson on 05/30/2019
Brilliant day out
Would recommend to anyone. Paulo was interesting, informative, amusing and easygoing.
Great fun.

by Stephen Thompson on 05/17/2019
Expperience was good, saw a lot of the city, think it would be better not to make the group to big,
thank you.
by ED HEILKER on 05/08/2019
Awe inspiring tour
Silvia, our guide, was extremely attentive and made sure my two teenage boys were constantly engaged. The bikes were sparkly brand-new. She was considerate at all times putting safety first. I believe a 10 year old would have a marvelous time doing the tour as safety was put first.Its a charming way to get feel for such a big city and leaves you with ideas of places to go back and explore further. In a nutshell highly recommendable.
by Michele Rankin on 03/10/2019
All Reviews Less Reviews
5/4
from
€40.00